Let’s say you are involved in a serious collision in the District of Columbia. You were driving through an intersection on a green light and a driver from your right ran a red light and t-boned your car. Fortunately, there is an independent witness, the driver of the car behind you, who saw you enter the intersection on a green light. You suffered multiple injuries, most of which healed over more than a year, but one of which, significant neck pain, is permanent. You have a DC auto insurance policy. It provides $100,000 of underinsured motorist (UIM) coverage. The person who ran the red light (the “runner”) has a minimum DC auto policy, which provides $25,000 of liability coverage. You have over $50,000 in medical bills and a permanent injury, so $25,000 won’t be enough money for your claim. Your lawyer contacts the red light runner’s insurance company and demands the $25,000 policy limit. That company investigates, talks to the witness, and agrees to pay its $25,000 in coverage. 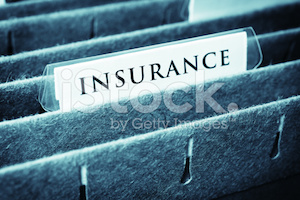 Before July 15, 2014, under DC law, your lawyer would not be able to accept the $25,000 and would have to sue the person who ran the red light in order to get it. So you would be stuck in the middle between the runner’s insurance company and your own insurance company. This changed on July 15, 2014, when the Underinsured Motorist Insurer Fairness Amendment Act became law. The law, which can be found at DC Code § 31-2407.01, mandates that when an injured party receives an offer to settle a claim that would exhaust the applicable liability insurance policy—here, the red light runner’s insurance policy—the injured person (or his insurer) shall send a copy of the settlement offer to the UIM insurer.[ii] The UIM carrier then has 60 days to either “(1) preserve its subrogation rights against the tortfeasor[iii] by providing written notice of its intention to do so and by paying to the claimant an amount equal to the policy limits that have been offered to the claimant by the tortfeasor’s liability insurance company, or (2) allow the claimant to accept the settlement offer from the tortfeasor’s liability insurance company and execute appropriate releases.” This law requires the UIM insurer to make the payment at the same time it determines whether to retain it subrogation rights. This means the payment would be made in 60 days. Further, the UIM carrier is “considered to have fully waived its rights of subrogation against the tortfeasor, unless within [the same] 60 days from receipt of the [written] notice . . . , the UIM coverage insurer sends. . . written notice that it does not waive its rights of subrogation against the tortfeasor.”

Before this law was passed, I had seen a number of cases in which a person’s own insurance company would refuse to let that person (its own customer!) accept policy limits from the insurance company of the person who harmed him or her. This always seemed wrong to me. Maryland has had a law to address this, Maryland Insurance Code § 19-511, for more than a decade (as a Maryland injury lawyer, I’ve used it many times for my clients).[iv] It is great to see DC law catch up to Maryland law on this point. More fairness for policyholders dealing with their insurance companies is always a good thing.[v]

[ii] A lawyer would be wise to do this by certified mail, return receipt requested, or some other means that would allow proof of service.

[iii] “Tortfeasor” is a fancy word for at fault driver (here, the red light runner).

[iv] If you’d like to read more about Maryland law on this point, I recommend the following blog post that discussed three recent Maryland appellate cases that discuss Maryland Insurance Code § 19-511: Injury Law Around the Beltway.

[v] In one way the DC law is better for Plaintiffs than its Maryland counterpart: Under the DC law the UIM carrier has 60 days to pay the tortfeasor’s insurance policy limits if it wishes to retain its subrogation rights. Under Maryland’s law, it gets 90 days.

Practice Areas
Client Reviews
★★★★★
"Eric did a great job preparing me for trial. This really hit home when the defense attorney cross-examined me. I felt like Eric had given me his playbook. Eric’s opening statement gave the Judge a nice preview of the case and his closing argument just nailed it. The Judge paid careful attention and included a fair amount in his decision. I highly recommend Eric Stravitz!" Brett Bradford
★★★★★
"Eric, Thank you so much for all of your work on my case. I am very pleased with the arbitration result and can't thank you enough. I plan on recommending you to everyone I know! Take care." Heather W.
★★★★★
"Dear Eric, It has been a pleasure being your client. I really appreciate your patience and willingness to explain complicated legal jargon in layman's terms. May you both have continued success always." Corenthia P.
VIEW MORE
Submit a Law Firm Client Review