In one of my former cases, a Defendant mangled my client’s finger by closing it in an electric car window. According to my client, the Defendant neither warned him that she was about to close the window nor did she give him enough time to remove his finger from the window opening (the window had already been mostly closed). As a result, his finger needed surgery and was permanently mangled. Since no one else saw what happened, if the case went to trial, the jury would have to decide between our client’s and the Defendant’s versions of what took place. The Defendant’s insurance company claimed that it was our client’s fault and refused to pay him any money. When I took the Defendant’s “deposition”[1] she either disagreed with our client on key points or claimed not to remember them. 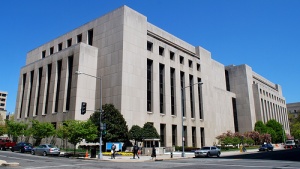 Through written “discovery”[2] requests to her defense attorney, I learned that within days of the incident, she gave a recorded interview to an insurance adjuster working for her insurance company (called a “recorded statement”). Her lawyer refused to give us a copy of this statement. Thinking that the statement might either contradict the Defendant’s deposition testimony or fill in gaps in it, or both, I filed a motion with the court to force defense counsel to give me a copy of it (called a “motion to compel”). Defense counsel filed an opposition to this motion, and I then filed a reply brief. Ultimately, the Judge ruled that defense counsel had to give us a copy of the statement. In the statement, unlike at her deposition, the Defendant admitted that she wasn’t looking at the window or our client when she closed it. She also admitted that our client was hollering in pain after the window closed on his finger (at her deposition, she tried to downplay the effect it had on him). A short time after we received this recorded statement the case settled. My client felt vindicated.

The defense claimed that the statement was privileged because it was given in anticipation of litigation. I argued that (1) there was no privilege because the statement was given long before defense counsel was retained by the insurance company for the Defendant; (2) the statement was discoverable under the Superior Court Rules because it was relevant to the claims and defenses of the parties; (3) the recorded statement was produced in the insurance company’s ordinary course of business; (4) the policy and rationale of the work product doctrine were not served by withholding the statement (because it presumably would contain facts, not legal theories); (5) having all relevant facts come to light served judicial economy and the administration of justice; and (6) that we had a substantial need for the statement because of Defendant’s claimed lack of memory regarding certain points at her deposition.

The Motion and proposed Order total 19 pages. The Reply Brief numbers 6 pages. If you need a copy of them, you are invited to contact Eric Stravitz at eric@stravitzlawfirm.com or call him at 240-467-5741.

[1] An interview in a conference room under an oath to tell the truth with her lawyer and a court reporter present. A few weeks after the deposition, a written transcript is produced of all of the questions and answers.

[2] Discovery is a term for the phase of a civil lawsuit during which the participants in the case learn about the facts and contentions of their opponents. Typical discovery devices include written questions that must be answered under an oath to tell the truth (called “interrogatories”) and requests for documents. There are others.

Contact Us
Practice Areas
Client Reviews
★★★★★
"Eric did a great job preparing me for trial. This really hit home when the defense attorney cross-examined me. I felt like Eric had given me his playbook. Eric’s opening statement gave the Judge a nice preview of the case and his closing argument just nailed it. The Judge paid careful attention and included a fair amount in his decision. I highly recommend Eric Stravitz!" Brett Bradford
★★★★★
"Eric, Thank you so much for all of your work on my case. I am very pleased with the arbitration result and can't thank you enough. I plan on recommending you to everyone I know! Take care." Heather W.
★★★★★
"Dear Eric, It has been a pleasure being your client. I really appreciate your patience and willingness to explain complicated legal jargon in layman's terms. May you both have continued success always." Corenthia P.
VIEW MORE
Submit a Law Firm Client Review