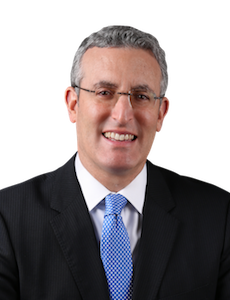 After attending George Washington University Law School, Eric worked for both small and large firms focusing on personal injury law, including heavy litigation and trial work. During those years of practice, Eric experienced a wide range of techniques and philosophies regarding the practice of law, and formed strong ideas about the way it should be practiced. Wanting to apply those ideas and develop his own practice, Eric left large firm life to launch a two-lawyer partnership. That partnership amicably ended in June 2014. He then moved his practice to Lanham, Maryland which is conveniently located a few minutes from the DC Beltway (I-495) and I-95.

Eric has tried at least 30 jury trials and 30 bench (judge only) trials in courts from Baltimore County, Maryland to Fairfax County, Virginia, and everywhere in between. He’s litigated hundreds of cases in all of the Federal District (trial level) Courts in Maryland, Washington, DC, and Virginia, and in state courts as far north as Cecil County, Maryland, and as far south as Bath County, Virginia. Eric has resolved cases for clients through jury trials, bench trials, arbitrations, mediations, post-lawsuit settlements and pre-lawsuit settlements.

Eric believes that attention to the details of all aspects of his cases result in the best possible outcome for his clients. Having his own firm allows Eric to spend more time with his clients than he could when he worked at other firms. He thinks this leads to more client comfort and better results. The most gratifying part of his job is the consistent positive feedback received from clients, who appreciate Eric’s strengths as a lawyer and the personal support he gives them through the claims process, litigation process and, when necessary, trial process.

For five years, Eric taught trial advocacy as an Adjunct Professor at the George Washington University Law School. The process of preparing for class, thinking about trial advocacy issues, discussing those issues with students, evaluating their performances, and answering their questions has made him an even better trial lawyer.

At various times throughout his life, Eric has been a Boy Scout, Red Cross Certified Water Safety Instructor (Life Guard & swimming instructor), paper boy, painter, flea market salesman, movie projectionist, and worker shoveling gravel for a town highway department. His exposure to a wide variety of people in different settings has, along with his legal training, made him a better communicator and trial lawyer. In addition to his law practice, Eric is a married father of two girls, and an avid tennis player and reader. He also enjoys cycling and kayaking.

Rated "10.0 -- Superb" (the highest possible) from Avvo, a service that rates lawyers and doctors.

The George Washington University School of Law, "Award for Dedication in Teaching."

Practice Areas
Client Reviews
★★★★★
"Eric did a great job preparing me for trial. This really hit home when the defense attorney cross-examined me. I felt like Eric had given me his playbook. Eric’s opening statement gave the Judge a nice preview of the case and his closing argument just nailed it. The Judge paid careful attention and included a fair amount in his decision. I highly recommend Eric Stravitz!" Brett Bradford
★★★★★
"Eric, Thank you so much for all of your work on my case. I am very pleased with the arbitration result and can't thank you enough. I plan on recommending you to everyone I know! Take care." Heather W.
★★★★★
"Dear Eric, It has been a pleasure being your client. I really appreciate your patience and willingness to explain complicated legal jargon in layman's terms. May you both have continued success always." Corenthia P.
VIEW MORE
Submit a Law Firm Client Review